Click here or select the image to the left to view a story featuring Dr. Matt Geck at Texas Spine and Scoliosis.

An Austin doctor says a medical condition that often begins during the teenage years could spell big problems for adults, especially if left untreated. KLBJ's Perry Watson tells us more about this disease in a Medical Update. Click here to listen to this medical update story.

Summary of Background Data. Treatment of single, structural, lumbar, and thoracolumbar curves in patients with AIS has been the subject of some debate. Advocates of the anterior approach assert that their technique spares posterior musculature and may save distal fusion levels, and that with dual rods and anterior column support the issues with nonunion and kyphosis have been obviated. Advocates of the posterior approach assert that with the change to posterior pedicle screw based instrumentation that correction and levels are equivalent, and the posterior approach avoids the issues with nonunion and kyphosis. This report directly compares the results of posterior versus anterior instrumented fusions in the operative treatment of adolescent idiopathic Lenke 5C curves.

During a 7-year period, a consecutive retrospective series of 89 trauma patients at a Level One trauma center who had negative standard radiographs with suspected occult cervical injury were administered a cervical magnetic resonance imaging (MRI) scan. The MRI studies were fully able to assess the ligamentous status of the cervical spine in all patients and were the final step in determining the treatment of the spine. Of the total 89 patients, 82 had no ligamentous injury, and 7 had ligamentous injury. Two patients underwent surgery because of the findings on the MRI study. MRI studies of patients with negative standard radiographs but with suspected occult cervical injury are excellent and safe studies for the evaluation of cervical spinal stability because of their ability to detect ligamentous injuries that are not evident on plain radiographs.

Objective: To examine a consecutive series of surgically treated Scheuermann kyphosis that had a posterior only procedure with segmental pedicle screw fixation and segmental Ponte osteotomies.

Summary of Background Data: The gold standard for surgical treatment of Scheuermann kyphosis (a rigid kyphosis associated with wedged vertebral bodies occurring in late childhood or adolescence) has been combined anterior and posterior approach surgery. Alberto Ponte has advocated a posterior-only procedure with posterior column shortening via segmental osteotomies, but his procedure has not been widely accepted owing to concerns that without anterior column support there would be a risk of correction loss and/or instrumentation failure. With the advent of improved spinal instrumentation and fixation with thoracic pedicle screws, the Ponte procedure may offer an advantage over anterior/posterior reconstruction.

Methods: The study prospectively enrolled 17 consecutive patients with Scheuermann kyphosis who were treated with the Ponte procedure by the senior surgeon at one institution. Standardized radiographic analysis was performed and included full-length coronal and sagittal radiographs preoperatively, postoperatively, and at final follow-up. Analysis also included the correction obtained through the most severe, wedged segments of the deformity by the osteotomies.

Results: Seventeen patients had the Ponte procedure satisfactorily performed. No patient needed an anterior approach to achieve sufficient correction or fusion. There were no reoperations for nonunion or instrumentation failure. Correction of the instrumented levels was 61% and of worst Cobb was mean 49%. The apex of the deformity was measured over the most deformed 3 to 7 wedged segments. The average correction across the apex was 9.3 degrees per osteotomy (range 5.9 to 15). No patient lost more than 4 degrees of correction through their instrumented and fused levels. There were no neurologic complications. There was one late infection with a solid fusion treated with instrumentation removal and intravenous antibiotics.

Conclusions: Using thoracic pedicle screw instrumentation as the primary anchor, the Ponte procedure was successfully performed in 17 consecutive patients for Scheuermann kyphosis with no exclusions for the size or rigidity of the kyphosis. Results were as good as anterior/posterior historical controls with excellent correction and minimal loss of correction at final follow-up. This procedure avoids the morbidity and extended operative time attributed to the anterior approach. 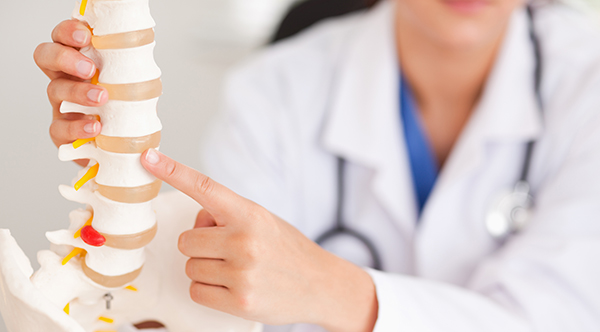 View medical illustrations and animations on educational topics related to back and neck pain. 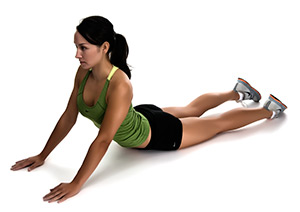 Learn about exercises that can relieve simple cases of pain.