Back to gymnastics competition after Minimally Invasive Scoliosis Surgery 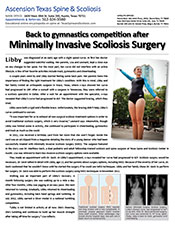 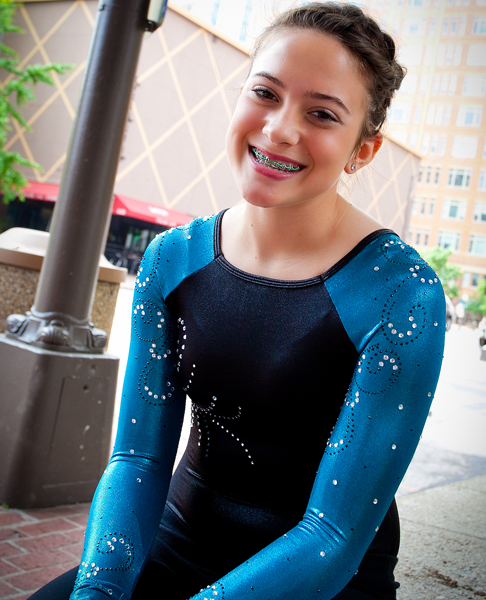 Libby was diagnosed at an early age with a slight spinal curve. At first her doctor suggested watchful waiting. Her parents, Lisa and Leonard, kept a close eye on any changes to her spine. For the most part, her curve did not interfere with an active lifestyle. A few of her favorite activities include track, gymnastics and cheerleading.

A couple years went by and Libby started feeling some back pain. Her parents knew the importance of finding the right treatment for Libbys condition. With this in mind, Libby and her family visited an orthopedic surgeon in Waco, Texas, where x-rays showed her curve had progressed to 28º. After a consult with a surgeon in Tennessee, they were referred to a scoliosis specialist in Dallas. After a wait for an appointment with the specialist, x-rays revealed that Libbys curve had progressed to 41º. The doctor suggested bracing, which they tried. 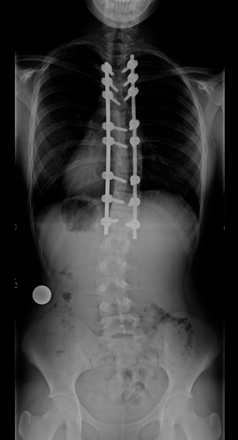 Libby wore both a rigid and a flexible brace. Unfortunately, the bracing didnt help; Libbys curve continued to worsen.

It was important for us to exhaust all non-surgical scoliosis treatment options in order to avoid traditional scoliosis surgery, which is very invasive,Leonard says. Meanwhile, though Libby was limited some in activity, she continued to participate in cheerleading, gymnastics and track as much as she could.

In 2011, Lisa received a birthday card from her mom that she wont forget. Inside the card was an ad clipped from a magazine detailing the story of a young dancer who had been successfully treated with Minimally Invasive Scoliosis Surgery (MISS). The surgeon featured in the story was Dr. Matthew Geck, a dual pediatric and adult fellowship-trained scoliosis and spine surgeon at Texas Spine and Scoliosis in Austin. Lisa was relieved to learn less invasive scoliosis surgery options were available.

They made an appointment with Dr. Geck. At Libbys appointment, x-rays revealed her curve had progressed to 62º. Scoliosis surgery would be necessary. Dr. Geck talked in detail with Libby, age 13, and her parents about surgery options, including MISS. Because of the severity of her curve, Dr. Geck cautioned that he wouldnt know until he started the surgery if he could use MISS techniques. Libby and her family chose Dr. Geck to perform her surgery. Dr. Geck was able to perform the scoliosis surgery using MISS techniques in November 2011.

Walking was an important part of Libbys recovery. A month following surgery she was walking up to a mile a day. After four months, Libby was jogging at an easy pace. She next returned to running. Gradually, Libby returned to cheerleading and gymnastics, including back hand springs and tumbling. In July 2012, Libby earned a Silver medal in a national tumbling competition.

Libby is not limited in activity at all now. Shes cheering, shes tumbling and continues to build up her muscle strength after taking off time for surgery, Lisa reflects.

Update: Four years ago was Libby's scoliosis surgery. Seven hours on table and two hours in I received the call that Dr Matthew Geck would be able to do the minimally invasive procedure (her curvature was severe enough that he couldn't guarantee anything before) this procedure is basically done without having to cut any muscle. 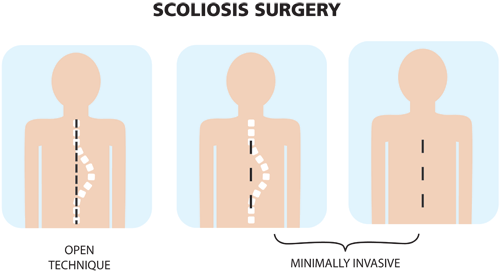 Click here or select the image above to download a PDF of Libby's experience with Dr. Matthew Geck. 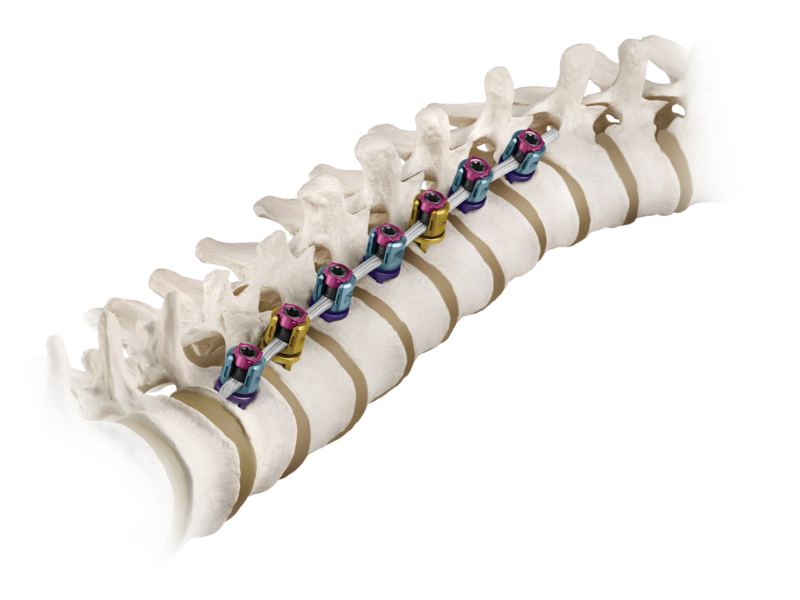